[A Custom Compilation with lots of edting by Shane St. Pierre]

We experience reality through our interpretation of vibrational frequencies. EVERYTHING is vibrating.
Vibrations create reality which you could say is "sung" into being.
Cymatics give a visible indication of what frequencies do to physical matter.
It is worth looking into solfeggio frequencies. For example geneticists use 528hz to heal damaged DNA. The old hymns used to be sung at the solfeggio frequencies where people would heal themselves through song. The churches put paid to that.

What is Structured Water?
https://youtu.be/OaLEP_PmJa8

DR. TOM COWAN ON WHY CELLS DEPEND ON STRUCTURED WATER FOR FORM & FUNCTION
https://youtu.be/Dr4RN2D2Iy0

Nearly all objects, when hit or struck or plucked or strummed or somehow disturbed, will vibrate. If you drop a meter stick or pencil on the floor, it will begin to vibrate. If you pluck a guitar string, it will begin to vibrate. If you blow over the top of a pop bottle, the air inside will vibrate. When each of these objects vibrates, they tend to vibrate at a particular frequency or a set of frequencies. The frequency or frequencies at which an object tends to vibrate with when hit, struck, plucked, strummed or somehow disturbed is known as the natural frequency of the object. If the amplitudes of the vibrations are large enough and if natural frequency is within the human frequency range, then the vibrating object will produce sound waves that are audible.

All objects have a natural frequency or set of frequencies at which they vibrate. The quality or timbre of the sound produced by a vibrating object is dependent upon the natural frequencies of the sound waves produced by the objects. Some objects tend to vibrate at a single frequency and they are often said to produce a pure tone. A flute tends to vibrate at a single frequency, producing a very pure tone. Other objects vibrate and produce more complex waves with a set of frequencies that have a whole number mathematical relationship between them; these are said to produce a rich sound. A tuba tends to vibrate at a set of frequencies that are mathematically related by whole number ratios; it produces a rich tone. Still other objects will vibrate at a set of multiple frequencies that have no simple mathematical relationship between them. These objects are not musical at all and the sounds that they create could be described as noise. When a meter stick or pencil is dropped on the floor, it vibrates with a number of frequencies, producing a complex sound wave that is clanky and noisy.
Factors Affecting the Natural Frequency
The actual frequency at which an object will vibrate at is determined by a variety of factors. Each of these factors will either affect the wavelength or the speed of the object. Since

frequency = speed/wavelength
an alteration in either speed or wavelength will result in an alteration of the natural frequency. The role of a musician is to control these variables in order to produce a given frequency from the instrument that is being played. Consider a guitar as an example. There are six strings, each having a different linear density (the wider strings are more dense on a per meter basis), a different tension (which is controllable by the guitarist), and a different length (also controllable by the guitarist). The speed at which waves move through the strings is dependent upon the properties of the medium - in this case the tightness (tension) of the string and the linear density of the strings. Changes in these properties would affect the natural frequency of the particular string. The vibrating portion of a particular string can be shortened by pressing the string against one of the frets on the neck of the guitar. This modification in the length of the string would affect the wavelength of the wave and in turn the natural frequency at which a particular string vibrates at. Controlling the speed and the wavelength in this manner allows a guitarist to control the natural frequencies of the vibrating object (a string) and thus produce the intended musical sounds. The same principles can be applied to any string instrument - whether it is the harp, harpsichord, violin or guitar.

As another example, consider the trombone with its long cylindrical tube that is bent upon itself twice and ends in a flared end. The trombone is an example of a wind instrument. The tube of any wind instrument acts as a container for a vibrating air column. The air inside the tube will be set into vibration by a vibrating reed or the vibrations of a musician's lips against a mouthpiece. While the speed of sound waves within the air column is not alterable by the musician (they can only be altered by changes in room temperature), the length of the air column is. For a trombone, the length is altered by pushing the tube outward away from the mouthpiece to lengthen it or pulling it in to shorten it. This causes the length of the air column to be changed, and subsequently changes the wavelength of the waves it produces. And of course, a change in wavelength will result in a change in the frequency. So the natural frequency of a wind instrument such as the trombone is dependent upon the length of the air column of the instrument. The same principles can be applied to any similar instrument (tuba, flute, wind chime, organ pipe, clarinet, or pop bottle) whose sound is produced by vibrations of air within a tube.
There were a variety of classroom demonstrations (some of which are fun and some of which are corny) that illustrate the idea of natural frequencies and their modification. A pop bottle can be partly filled with water, leaving a volume of air inside that is capable of vibrating. When a person blows over the top of the bottle, the air inside is set into vibrational motion; turbulence above the lip of the bottle creates disturbances within the bottle. These vibrations result in a sound wave that is audible to students. Of course, the frequency can be modified by altering the volume of the air column (adding or removing water), which changes the wavelength and in turn the frequency. The principle is similar to the frequency-wavelength relation of air columns; a smaller volume of air inside the bottle means a shorter wavelength and a higher frequency.

A toilet paper roll orchestra can be created from different lengths of toilet paper rolls (or wrapping paper rolls). The rolls will vibrate with different frequencies when struck against a student's head. A properly selected set of rolls will result in the production of sounds that are capable of a Tony Award rendition of "Mary Had a Little Lamb."

Maybe you are familiar with the popular water goblet prom trick that is often demonstrated in a Physics class. Obtain a water goblet and clean your fingers. Then gently slide your finger over the rim of the water goblet. If you are fortunate enough, you might be able to set the goblet into vibration by means of slip-stick friction. (It is not necessary to use a crystal goblet. It is often said that crystal goblets work better; but the trick is just as easily performed with clean fingers and an inexpensive goblet.) Like a violin bowstring being pulled across a violin string, the finger sticks to the glass molecules, pulling them apart at a given point until the tension becomes so great. The finger then slips off the glass and subsequently finds another microscopic surface to stick to; the finger pulls the molecules at that surface, slips and then sticks at another location. This process of stick-slip friction occurring at a high frequency is sufficient to set the molecules of the glass into vibration at its natural frequency. The result is enough to impress your dinner guests. Try it at home!!

Perhaps you have seen a pendulum bob vibrating back and forth about its equilibrium position. While a pendulum does not produce a sound when it oscillates, it does illustrate an important principle. A pendulum consisting of a longer string vibrates with a longer period and thus a lower frequency. Once more, there is an inverse relationship between the length of the vibrating object and the natural frequency at which the object vibrates. This very relationship carries over to any vibrating instrument - whether it is a guitar string, a xylophone, a pop bottle instrument, or a kettledrum.

To conclude, all objects have a natural frequency or set of frequencies at which they vibrate when struck, plucked, strummed or somehow disturbed. The actual frequency is dependent upon the properties of the material the object is made of (this affects the speed of the wave) and the length of the material (this affects the wavelength of the wave). It is the goal of musicians to find instruments that possess the ability to vibrate with sets of frequencies that are musically sounding (i.e., mathematically related by simple whole number ratios) and to vary the lengths and (if possible) properties to create the desired sounds. 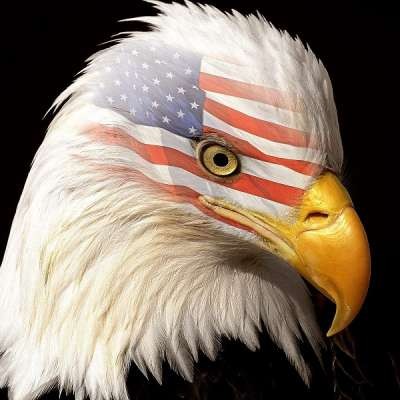 Whoa! This is deep! Im gonna have to watch this several times just to digest all the deets!!

i just rewatched it... annd. got impressed with myself. its nicely edited. concise. getting good feedback lol

@DeepIncite 3 hours ago This is suprisingly well edited and very concise, there were even bits of research I had never come across. Excellent work pulling it together man. period.

Kelcey Sidebottom : I'm not really buying into half of the "spelling/spell-ING" stuff. Beyond that, I like the tie-infer. This is the linkage I've been making, as well. Putting them together like you did helped me to see other links beyond those I've seen. I'm really "into" systems and how they function. I think this is good stuff. I prefer to give anything less than absolutely glowing feedback privately 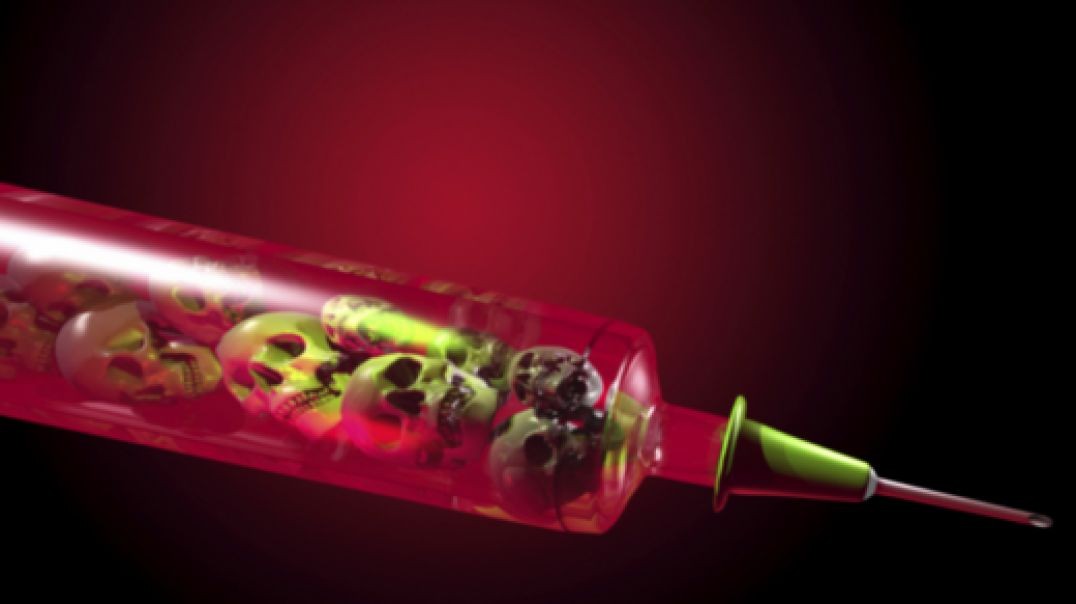 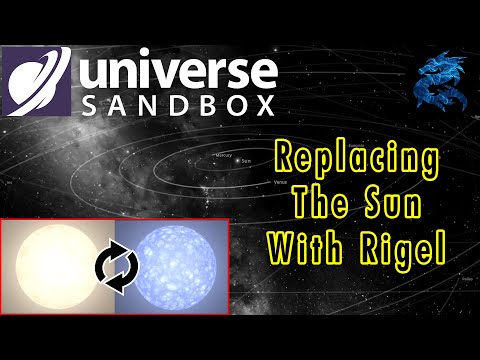 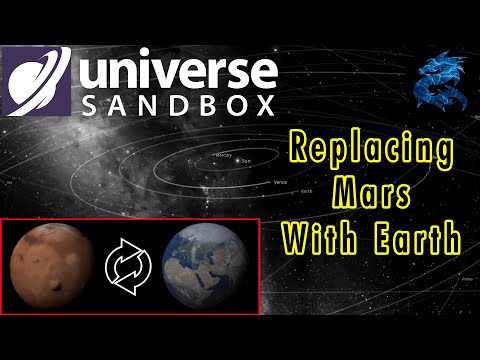 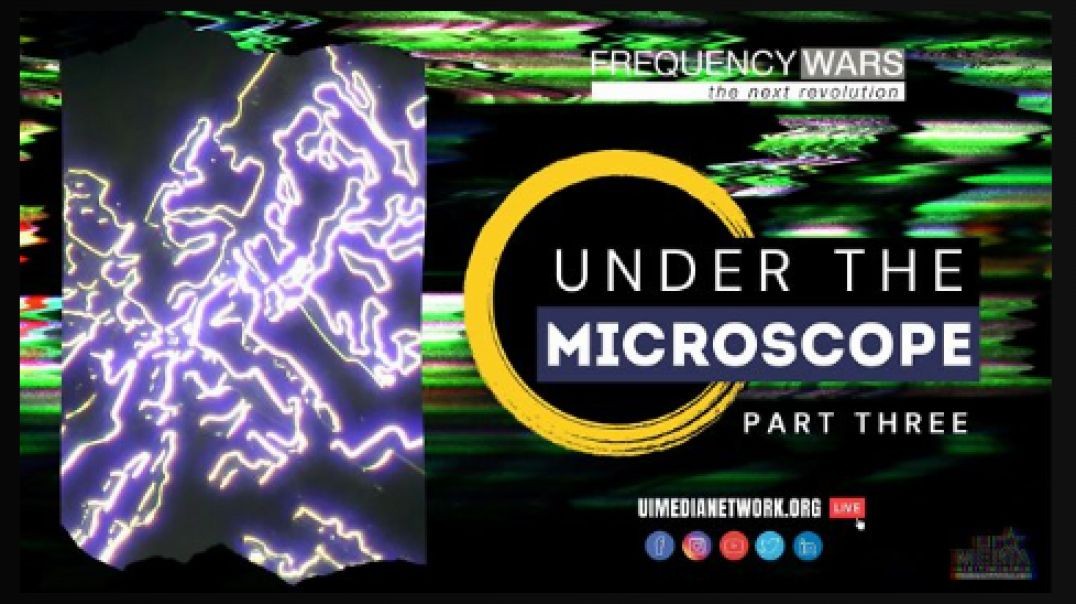 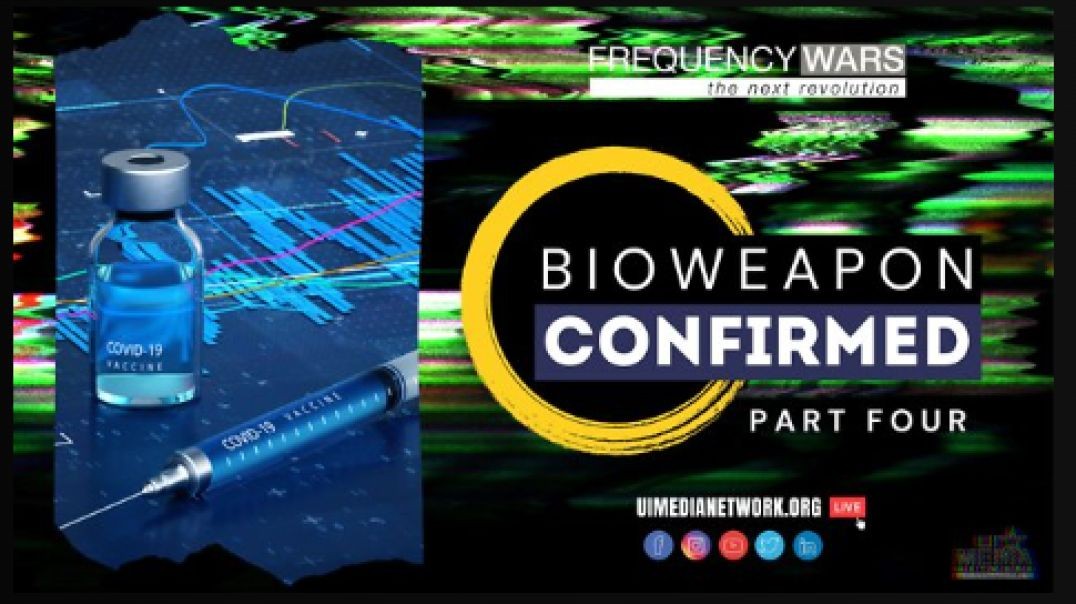 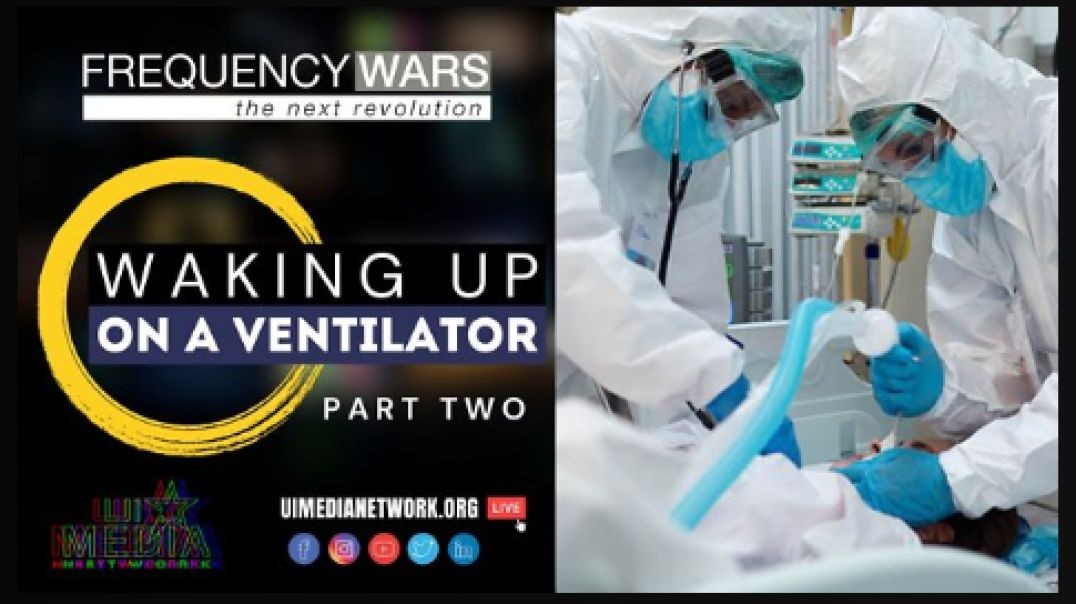 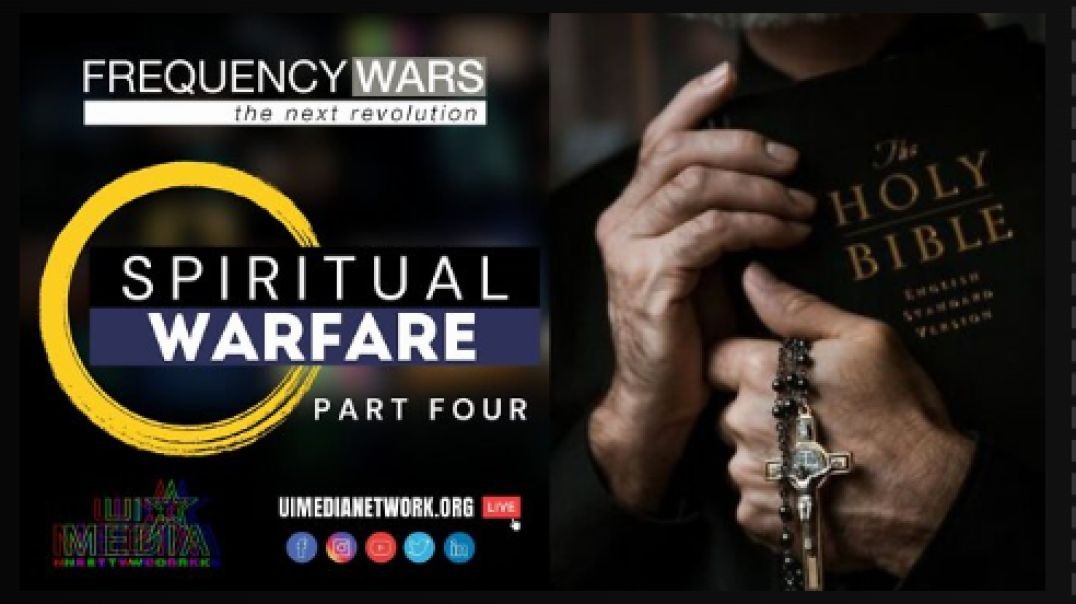 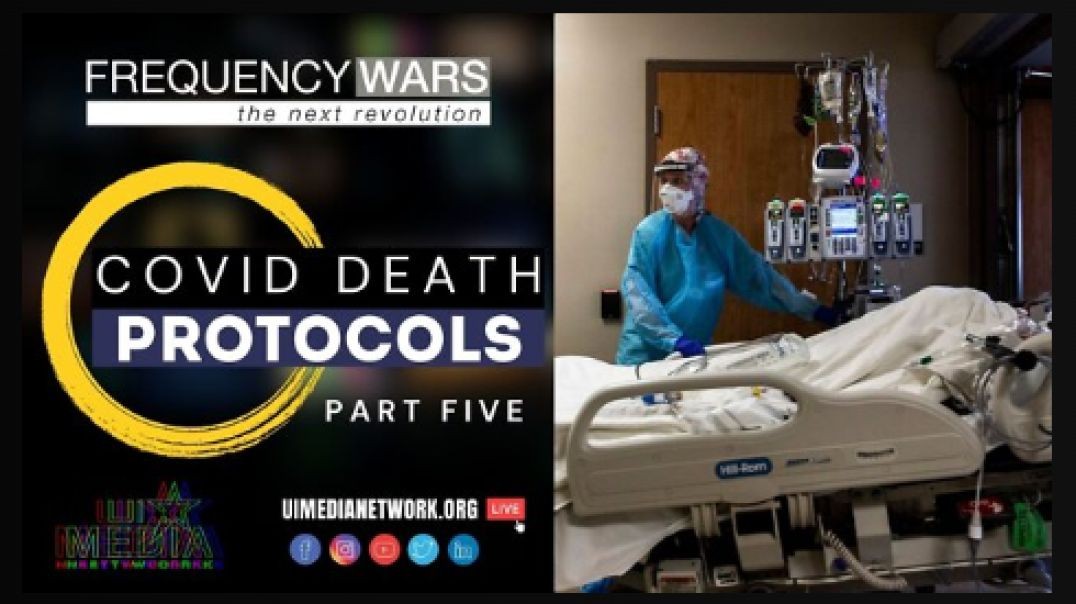 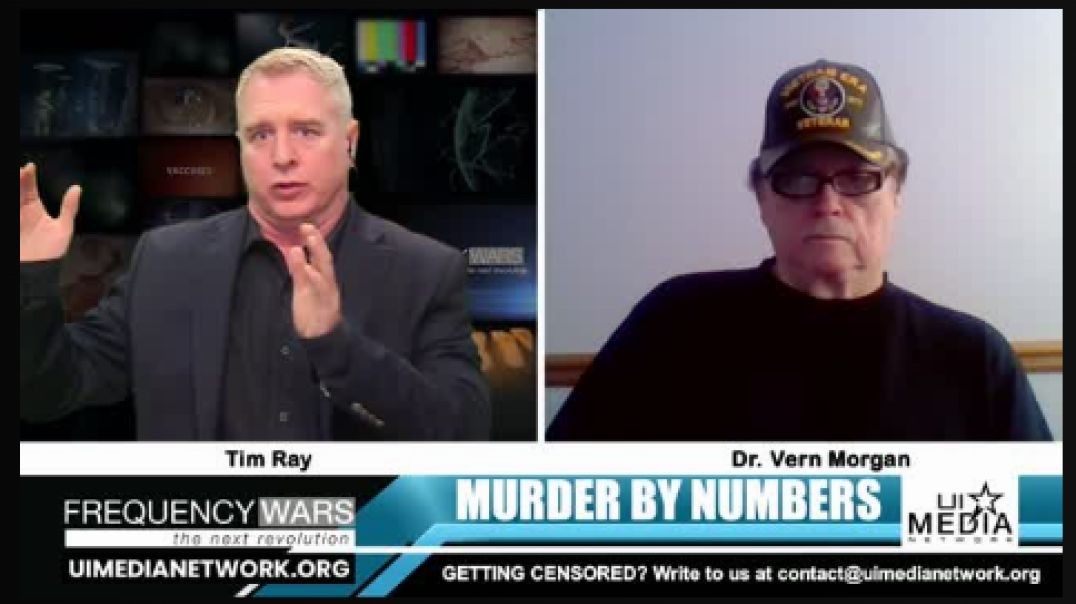 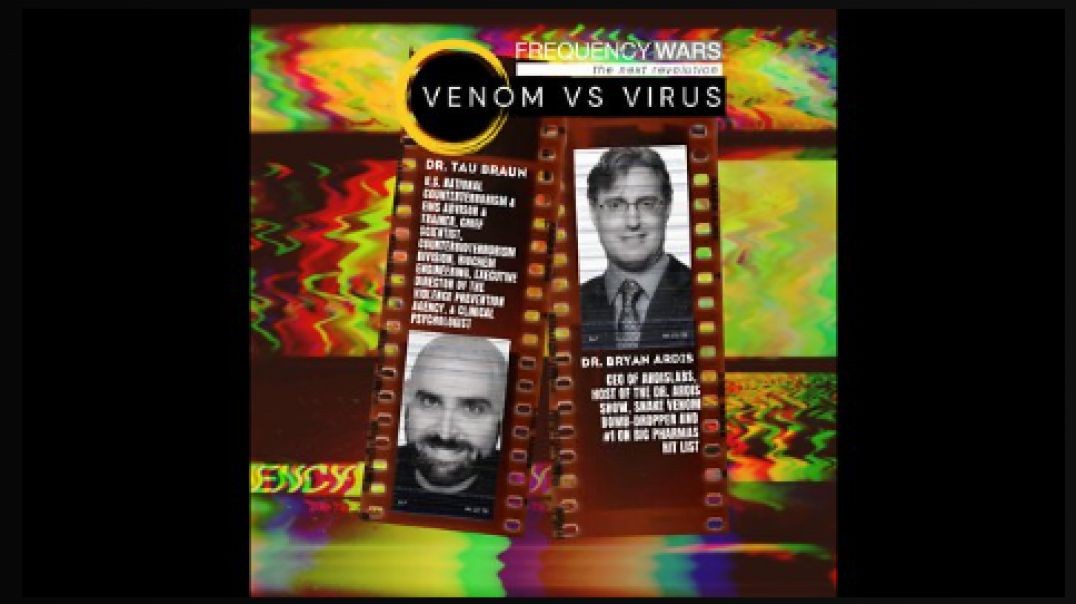 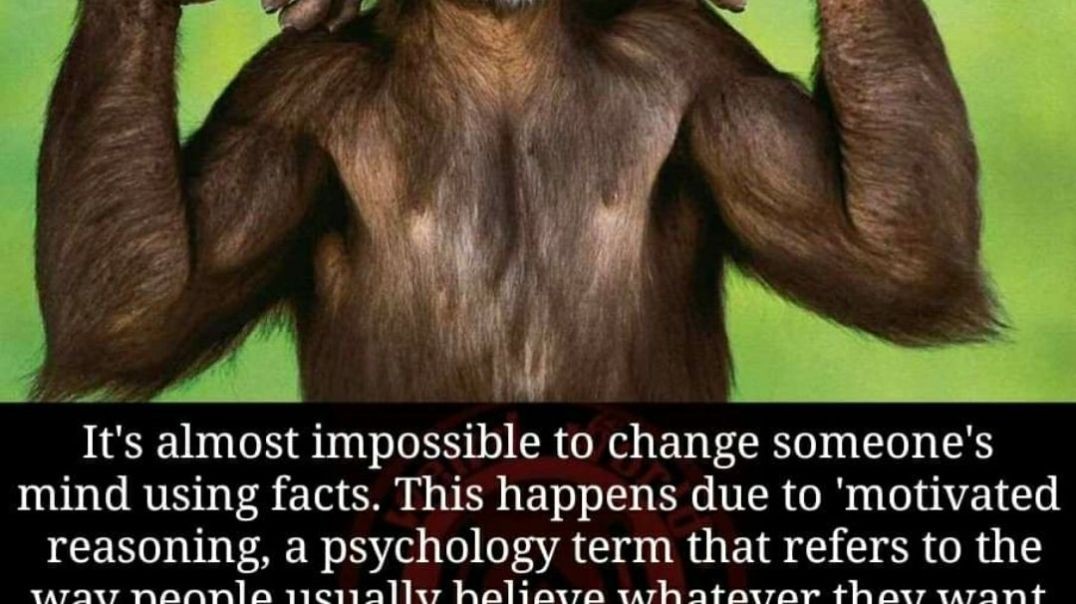 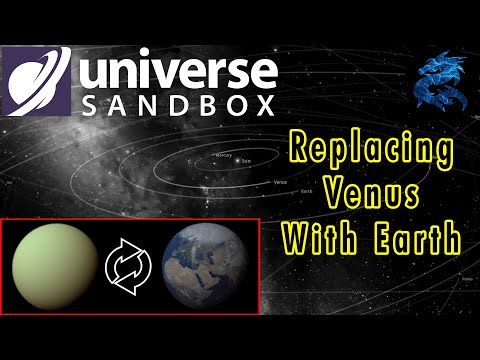 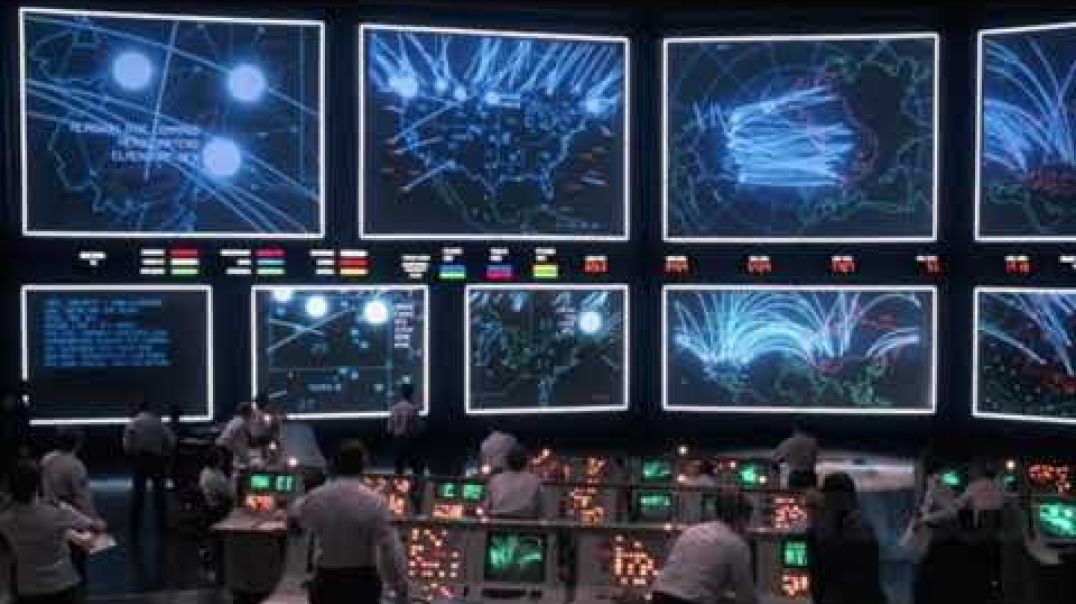 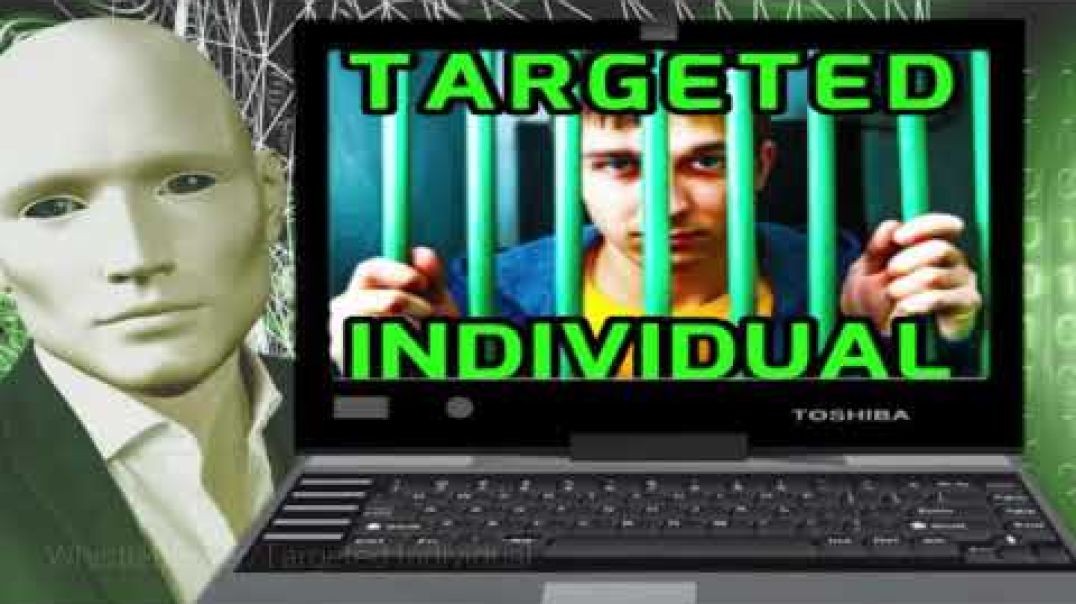 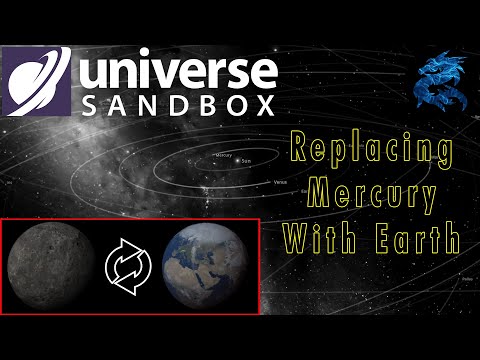 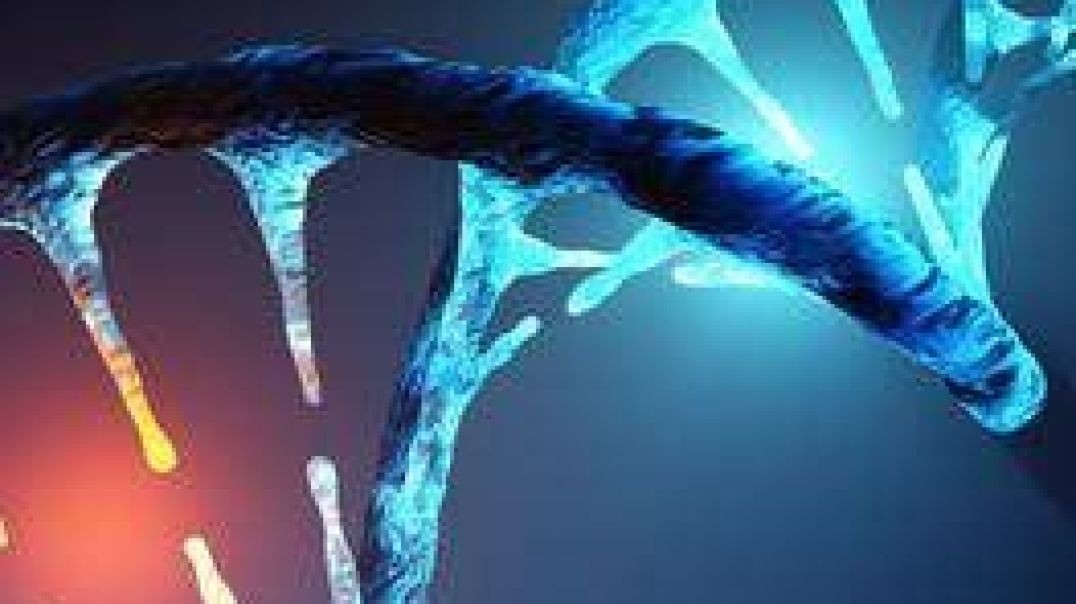 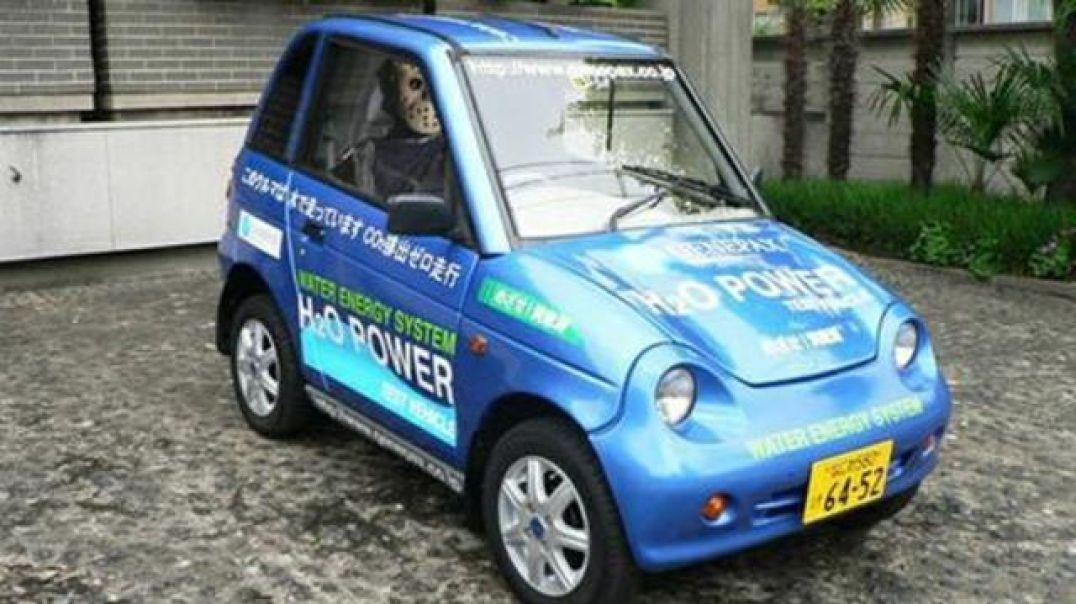 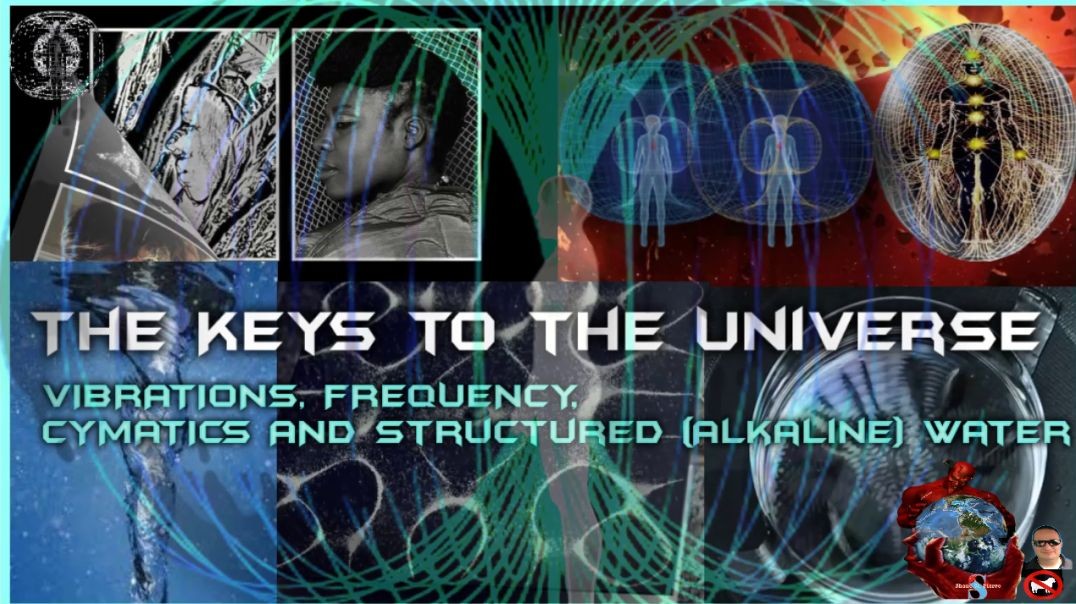 27:20
The Keys to the Universe -⁣[A Custom Compilation with lots of edting by Shane St. Pierre]
Shane St Pierre
111 Views 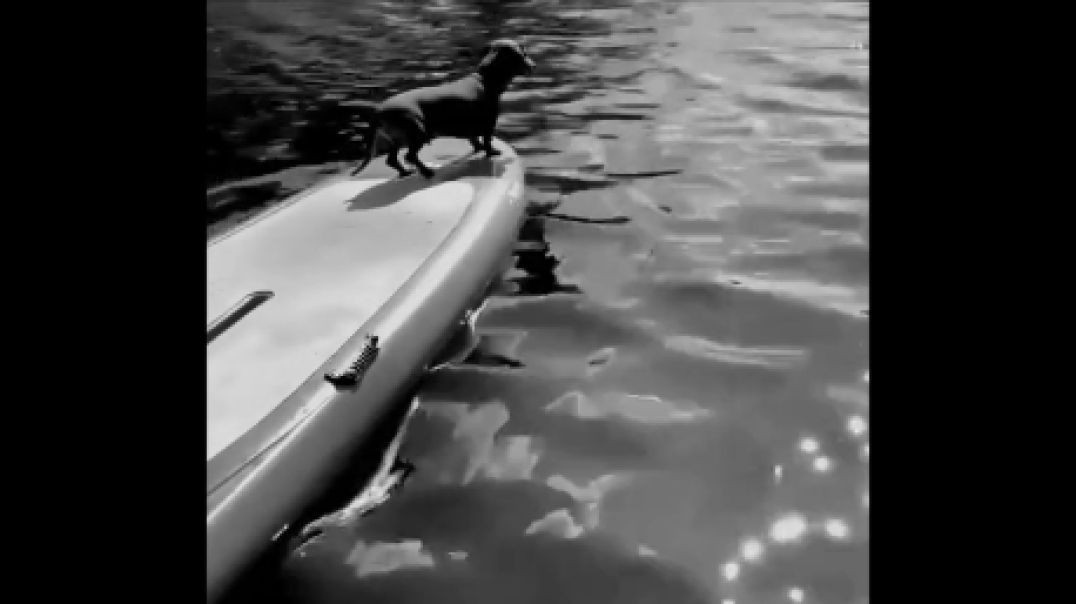 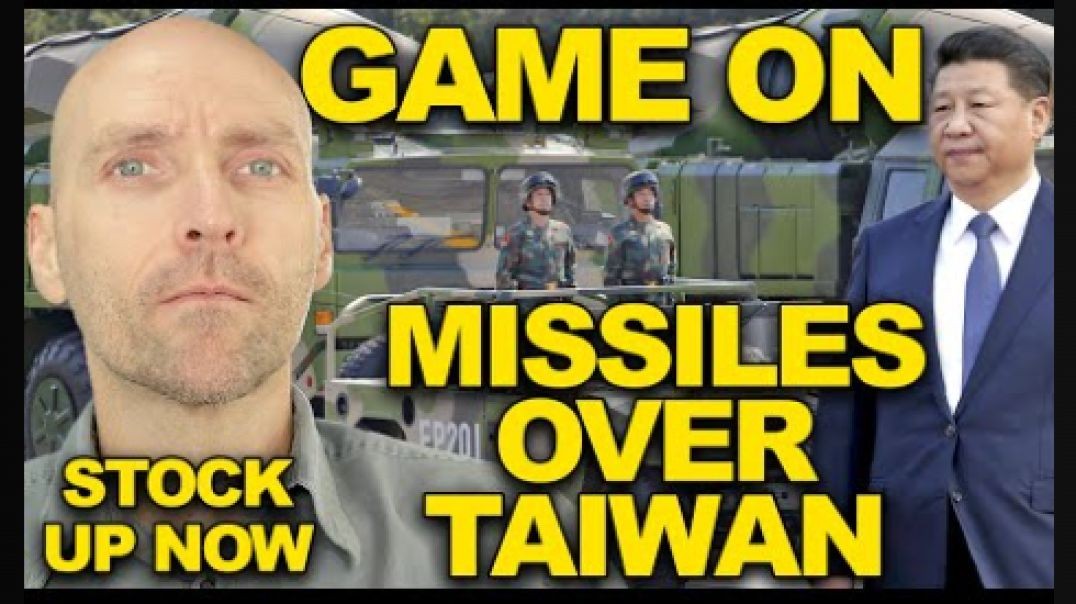 25:40
⁣MISSILES OVER TAIWAN. JAPAN IS READY TO STRIKE. GET STOCKED UP WITH FOOD AND WATER.!
Suzie Etc.
145 Views