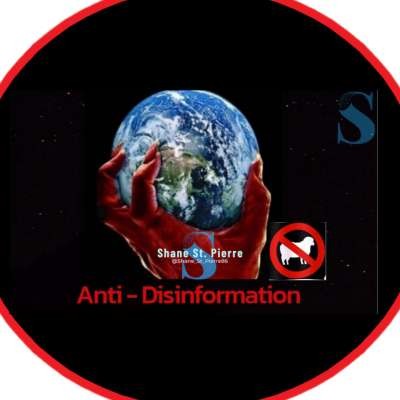 ⁣People Don't See It - Alan Watts on The Illusion of Money And Wealth
https://youtu.be/MFO6OtnmEDo

The Illusion of Money: A Documentary Film
https://youtu.be/h5wZF2uROBQ

What is Money Illusion?
Money illusion, also known as price illusion, is an economic theory that states that individuals usually tend to view their income and wealth in nominal terms, as opposed to real terms.

The Illusion of Money by Kyle Cease
https://bookfulbites.com/2020/....03/18/the-illusion-o
TOP 5 TAKEAWAYS
Money is an illusion because it does not create your value. It can be the external result of how connected you are to your true value. I am not rich because I have $X dollars, I am rich in my connection to my authentic self, my passion and value to the world, and as a result I attract $X dollars.
Going directly into our deepest fears and accepting all of ourselves, both light and dark – is the gateway to freedom.
You raise your value by making your time more valuable, by only doing things that expand you beyond today.
Being broke is just a mental concept. Yes you may be in debt and need to pay bills, but money is just one part of abundance. The true source of money – our passion, creativity, connection, and contribution – is the real value we offer the world.
People like Oprah are VALUABLE – which is much more than being rich – if they were to lose money they can recreate wealth again and again and again through being who they are.
MONEY

Money is one of the biggest excuses we use for not following our highest calling.
Life wants you to grow and learn and connect and love and create and play – it doesn’t care about your bank balance.
Your relationship to money is just a mirror of your relationship to yourself. In fact, you don’t really have a relationship to money; you only have a relationship to your concepts about money.
So if you’re feeling fear around money, what you’re actually feeling is a reflection of the fear and insecurity that is living inside of you; you just happen to be noticing it externally through money. Money isn’t causing or creating your fear; it’s just bringing it to surface.
The exact same fear can exist inside of you no matter how much money you have. You can have fear and stress when in debt and can have fear of losing money when having a million pounds.
This is the same reason lottery winners often go broke very quickly—even though the amount of money they have has changed, they still haven’t created an internal sense of abundance and worthiness to match that level of external abundance. So the same internal fear that was keeping them from being able to create money is the same fear that they are trying to cover up by buying private jets once they finally have money in the bank.
We often have a belief that money equals security. Money has nothing to do with security. Yes we may have rent to pay, but seeing money as your only source of security is also what is cutting you off from the infinite, creative, inventive being that you are—which would probably make paying rent a lot easier.
You will never be able to change your feeling of insecurity by having more money. Money is never the cause of the way you feel; it’s an effect. If you’re broke it’s likely because you have a deeply held belief that you are unsafe that may cause you to feel, think, and act in ways that create circumstances which mirror that belief.
Being broke is just an idea, a mental concept. If you’re not okay with the idea of going broke, you’re at war with something inside your body that you’ve created. When you can fully accept the possibility of going broke, money stops owning you and you can start to make decisions based on inspiration rather than fear.
Welcome to the 3 Yous. You all inherit $1 million.
You 1 spends on something to distract yourself from your emotions and gain something external to prove your worth providing a quick but unsustainable high e.g. fast food, alcohol, renting luxury apartments and throwing parties to impress.
You 2 invests in assets that provide monetary return e.g. stock but doesn’t expand you.
You 3 instead invests in long term growth, experiences or things that expand you and take you higher than your current self towards your highest self.
Now which of the Yous would be doing the best if the money system were to collapse and bank accounts were wiped out … You 1 would be screwed, You 2 would be back to square 1, but You 3 would still have something – a new level of confidence, connection and value in yourself – that can continue to generate wealth despite current circumstances.
Don’t look for money – look for 10s – experiences that feel exciting and expansive to you.
Abundance is living from your heart as you know you have an abundant supply of what you need and naturally want to share it with others e.g. an apple tree isn’t afraid of running out of apples, it creates them and lets them go.
Your ability to receive is your ability to give and vice versa but giving just to receive is energetically saying you are in lack and giving should be an answering of a calling that is moving you towards growth.
EXERCISE: Belief Relief Write down 20 different beliefs that you’ve had about money in the past. Examples: “Money equals freedom” or “Money equals stress” or “I’m not good with money.” Notice them as they show up throughout the next few days.

Another way to think about the money illusion concept is to assume that individuals do not take into account the effects of inflation on their money, so they wrongly believe that their accumulated wealth is worth the same as the prior year.

History of the Money Illusion Concept
“The Money Illusion” is a book that was authored by economist Irving Fisher in 1928. Fisher’s book detailed a German shopkeeper during a time when Germany’s currency (The German mark at the time, not the euro) was undergoing massive devaluation due to hyperinflation. A hyperinflation is an event where there is very high and accelerating inflation – Germany experienced one after World War 1.

The shopkeeper was under the belief that because she was selling shirts above the cost she acquired them for, she was making a profit. However, according to Fisher, the shopkeeper received less money, or lost money, from selling her shirts. It is because the shopkeeper had lost purchasing power, or the number of goods and services she could purchase with the same amount of money, due to inflationary pressures.

Fisher concluded that people think about their wealth in nominal terms, not in real terms, which provided a false sense of security for an individual’s wealth.

Understanding Money Illusion
The money illusion is psychological in nature – individuals falsely believe in the accumulation of their wealth, but they do not account for inflation. Due to such fact, and assuming that inflation is persistently positive, an individual’s wealth will often be overstated.

Economists believe that money illusions exist for a couple of reasons:

Lack of financial education – Often, people do not account for the effects of inflation on their purchasing power or they simply do not know about inflation.
Price stickiness in goods and services – Sometimes, prices for goods and services will not change in price even though the overall economy is signaling that they should.


Economists also cite money illusion as the main reason why inflation is good in the economy. Specifically:

Money Illusion and the Phillips Curve
Money illusion is a key concept that Milton Friedman incorporated into his version of the Philips curve, which is an economic tool that depicts the inverse relationship between unemployment and inflation.

Friedman believed that money illusion assisted the validity of the Philips curve theory, mainly because:

Employees do not demand increasing wages – Since individuals see their wealth in nominal terms, they hardly ask for inflation-linked increases in wage. It, in turn, allowed the company to hire more employees at a lower cost.
In other words, as inflation increased and employees did not ask for wage increases, the company simply hired more individuals, thus lowering unemployment.

Prices respond differently to modified demand conditions – Friedman believed that an increase in the aggregate demand affected commodity prices sooner than it affected labor market prices.
As such, a decrease in the unemployment rate is an outcome that is linked to decreasing real wages. As employees realize that their real wages are decreasing, the natural rate of unemployment will return to a natural level because employers cannot afford the real wages.

Informational asymmetry exists – Employers will capitalize on employees who are unaware of changes in their real or nominal wages and prices.

An individual who falls for the money illusion trap will believe the following:


However, the individual’s actual wealth is:

Another interesting example of money illusion can be derived from the following situations: 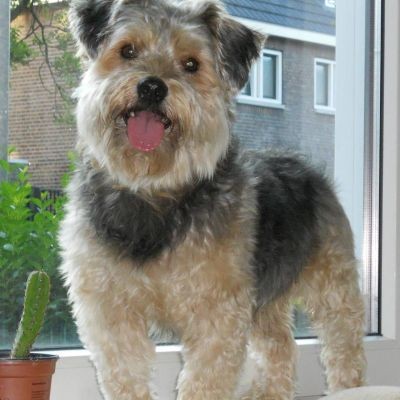 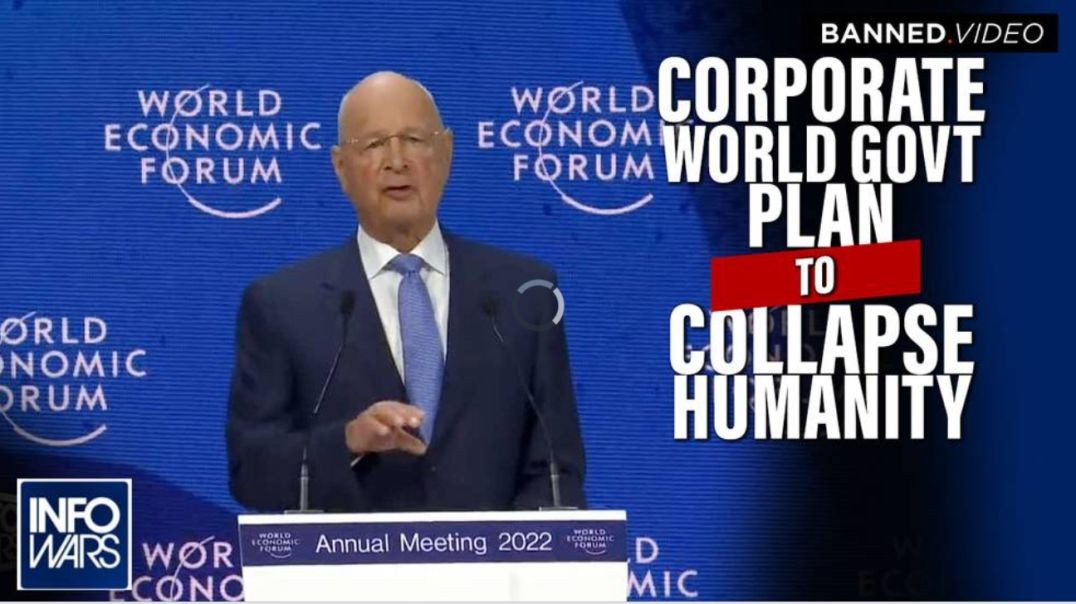 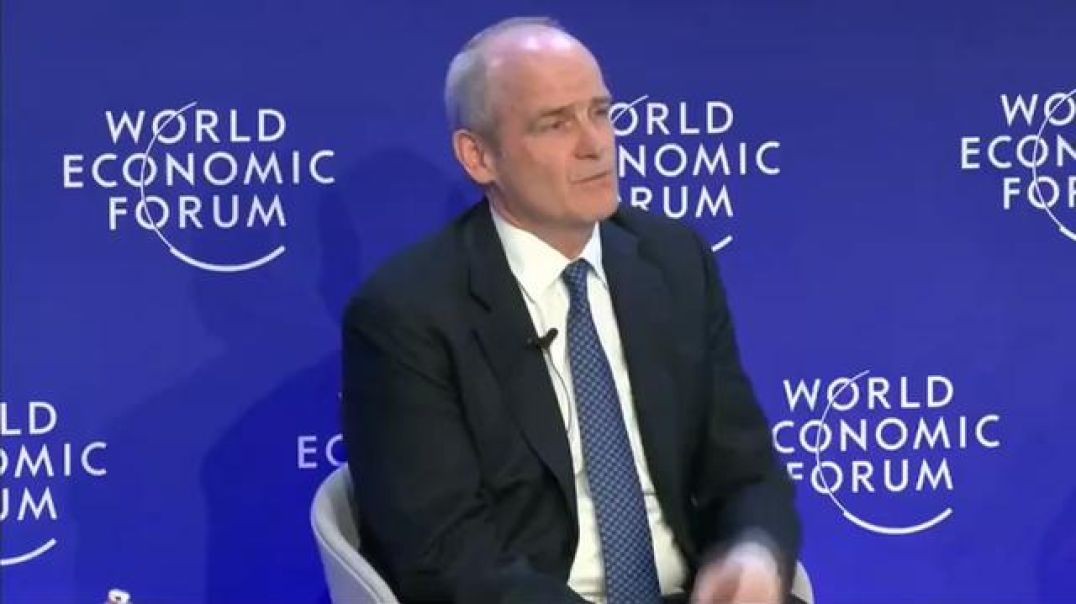 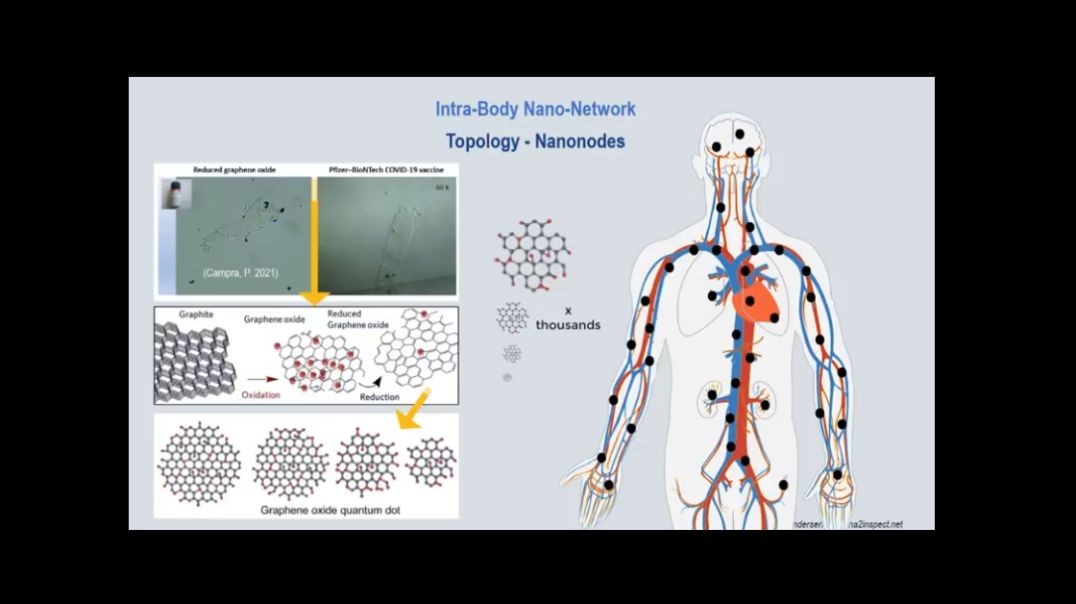 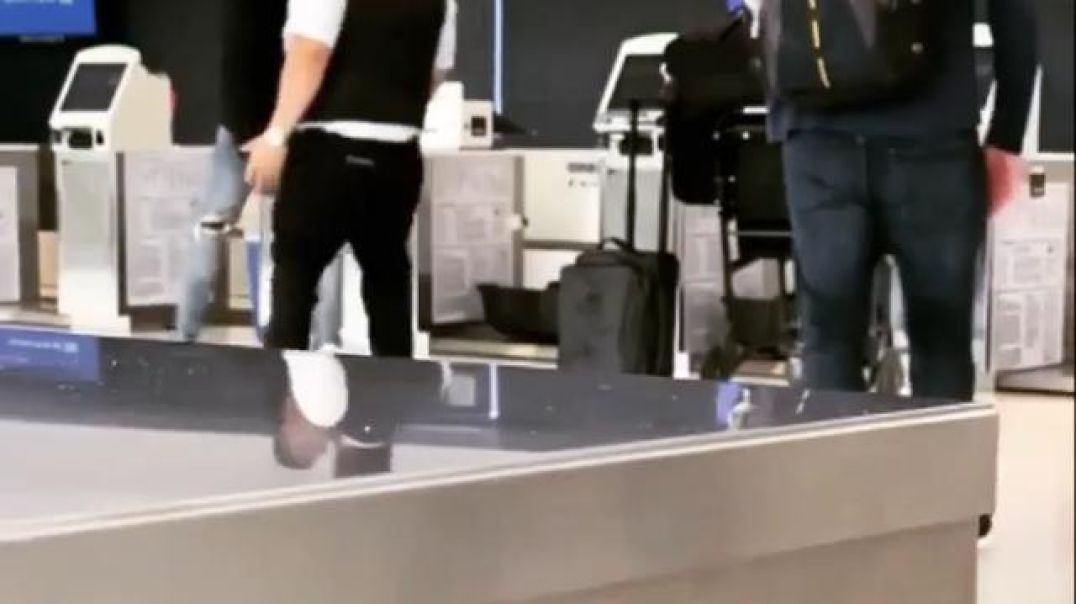 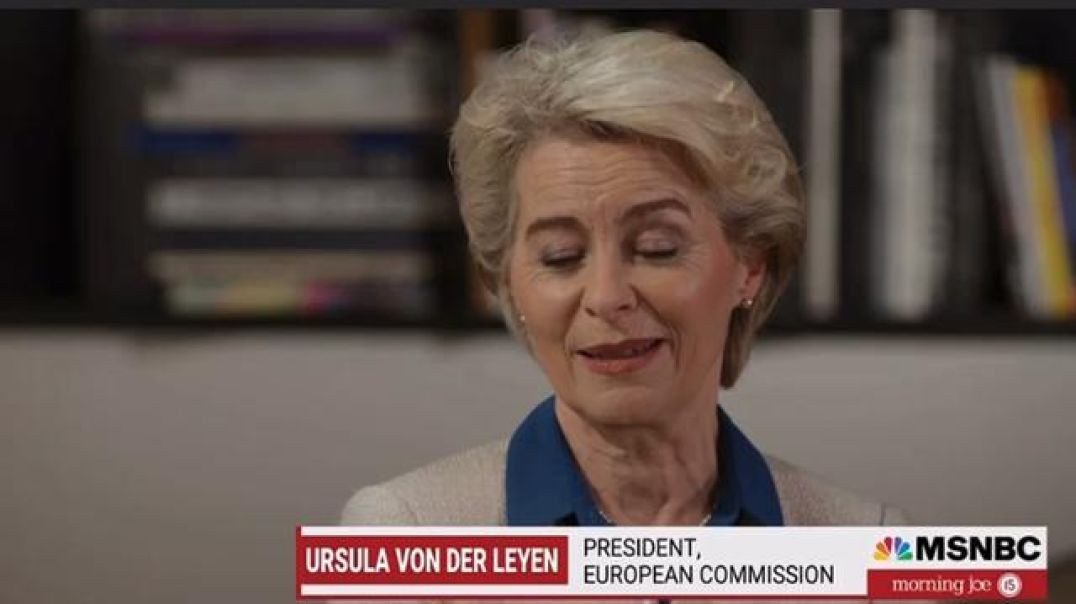 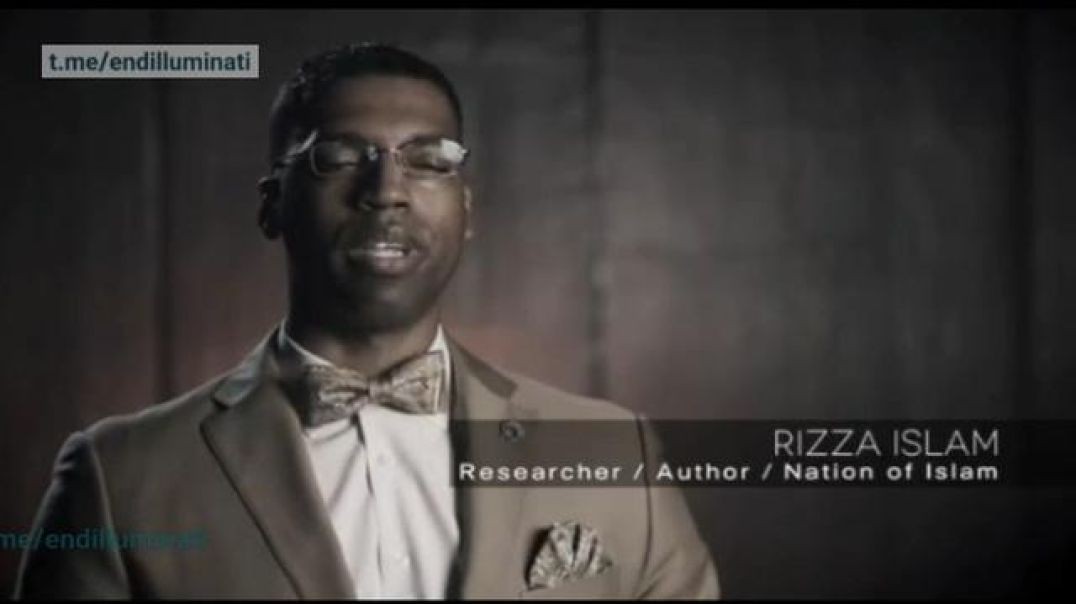 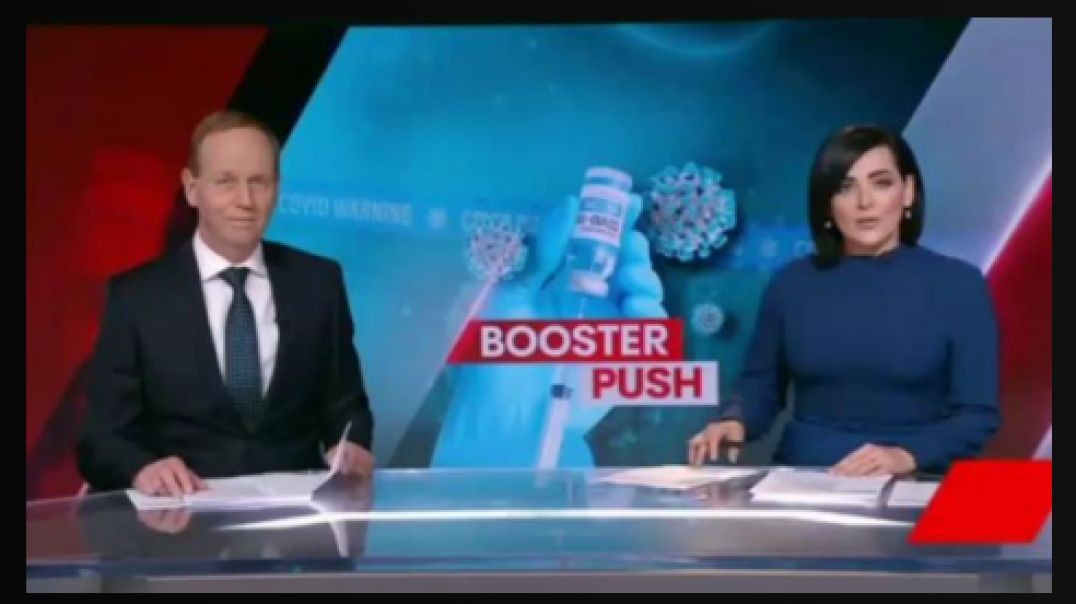 0:43
They Outright Admitted They Want to Scare People into Taking the Jab!!
Suzie Etc.
316 Views 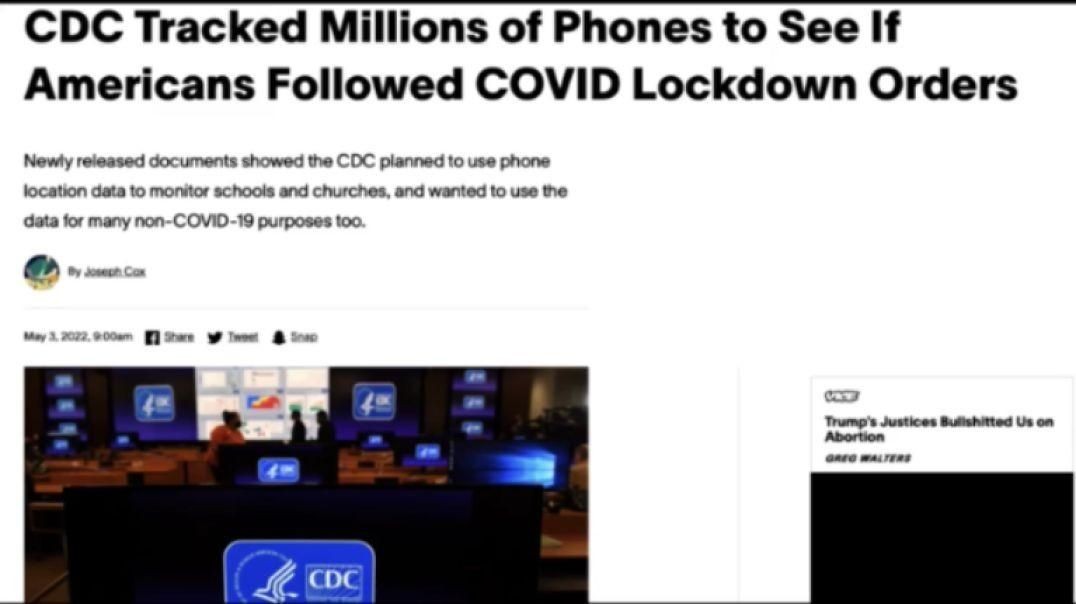 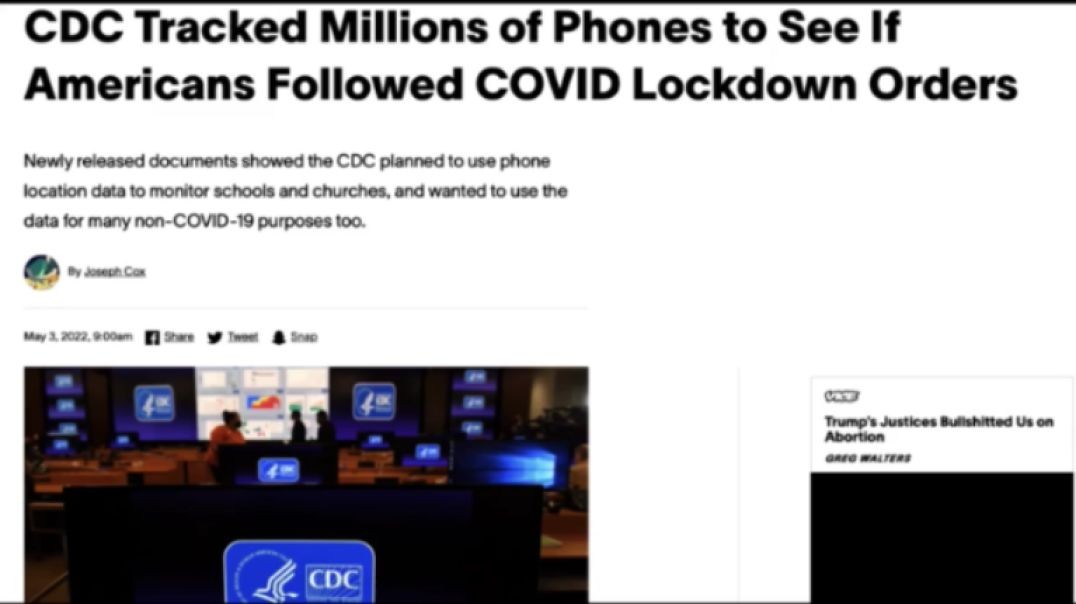 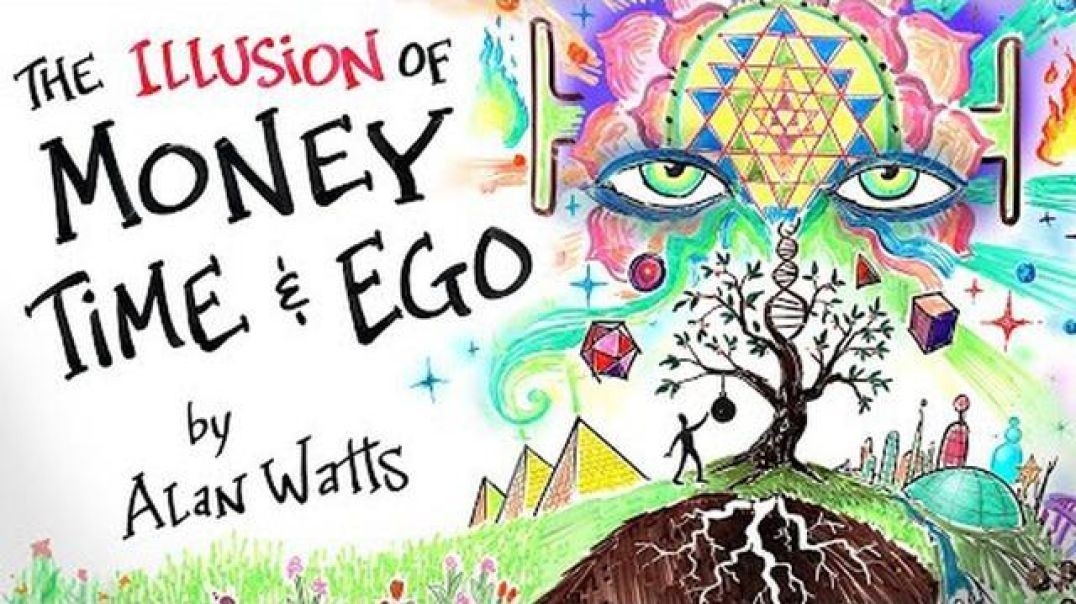 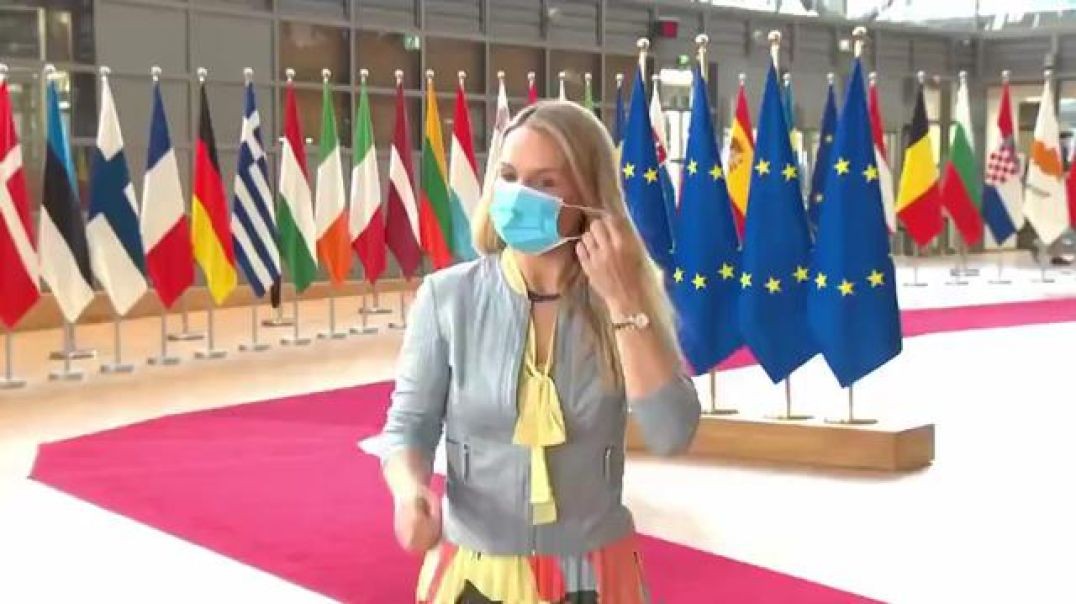 2:07
Ireland wants the people of Ireland to share their homes with Ukrainian refugees.
Dailylifemedia
27 Views 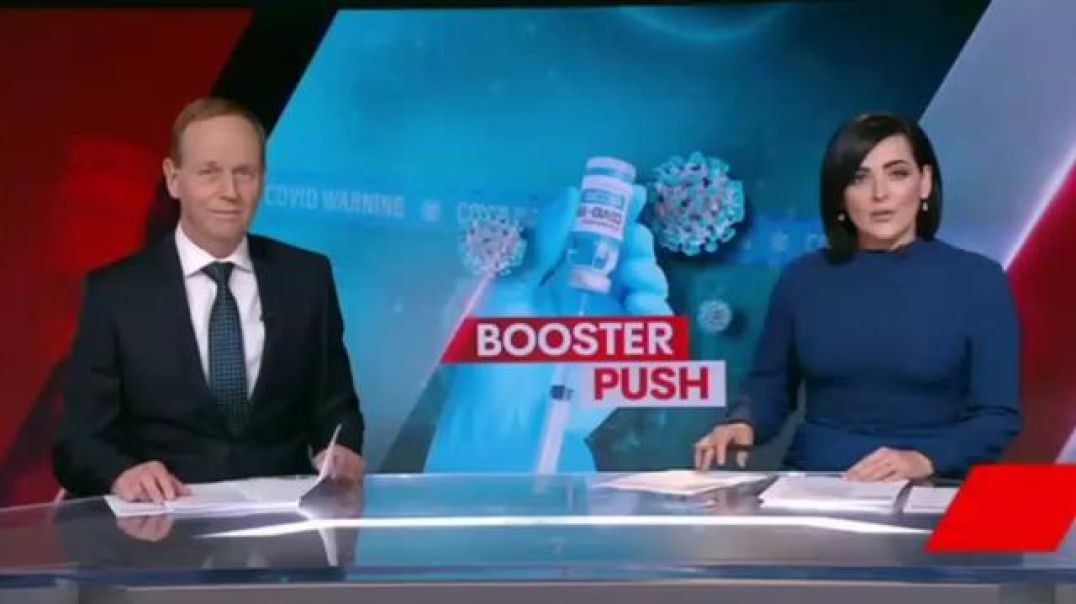 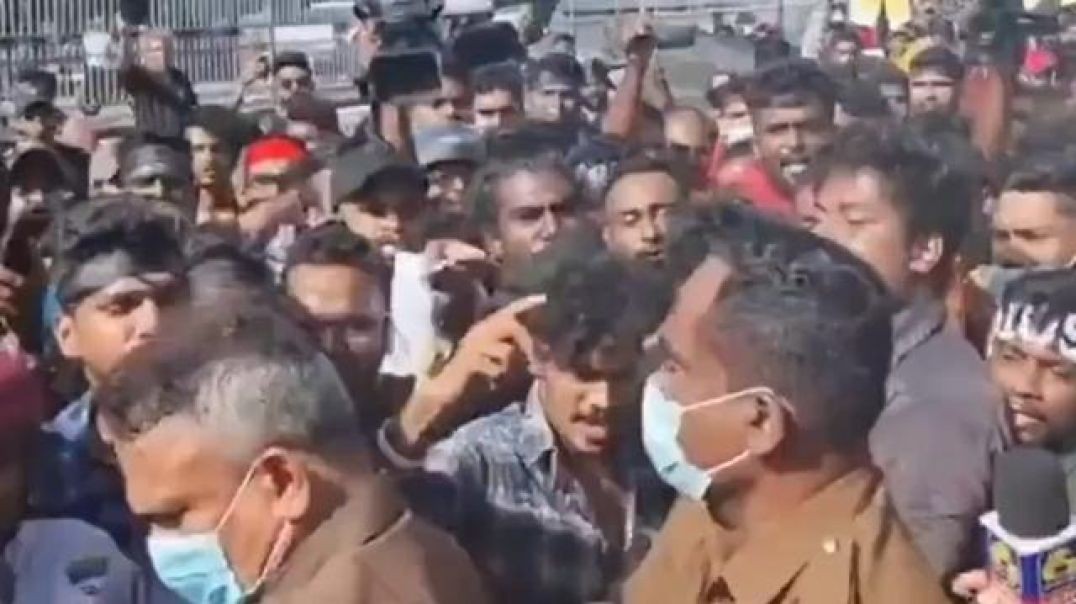 0:13
The Hunt for Politicians Continues in Sri Lanka as the Cost of Living Has Got the People Hungry and
Dailylifemedia
36 Views 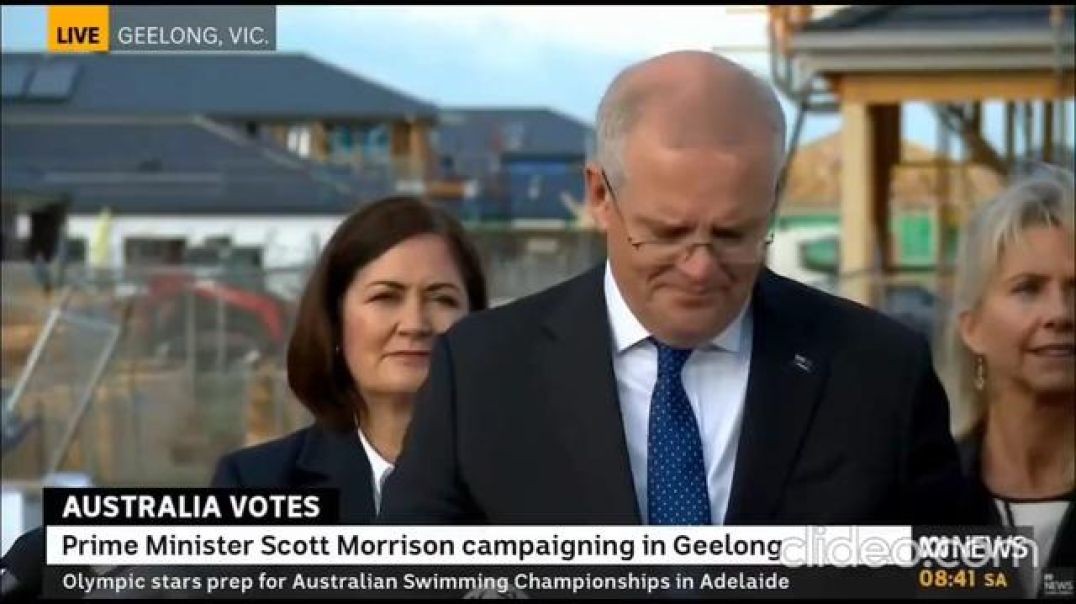 1:34
Prime Minister Scott Morrison of Australia admits that many people die with and not because of Covid
AMERICANTRUTH
43 Views 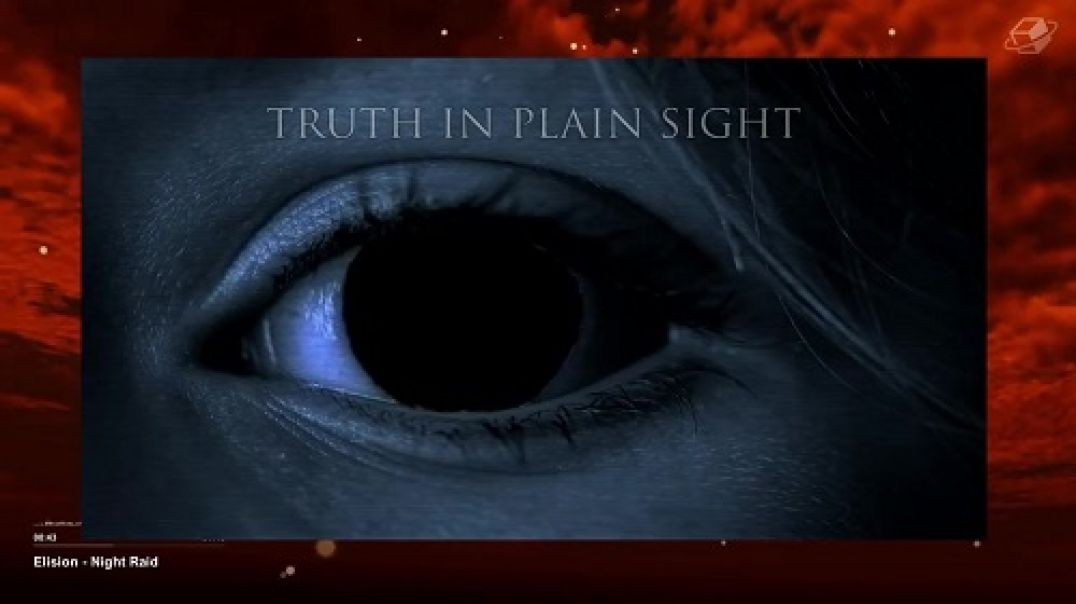 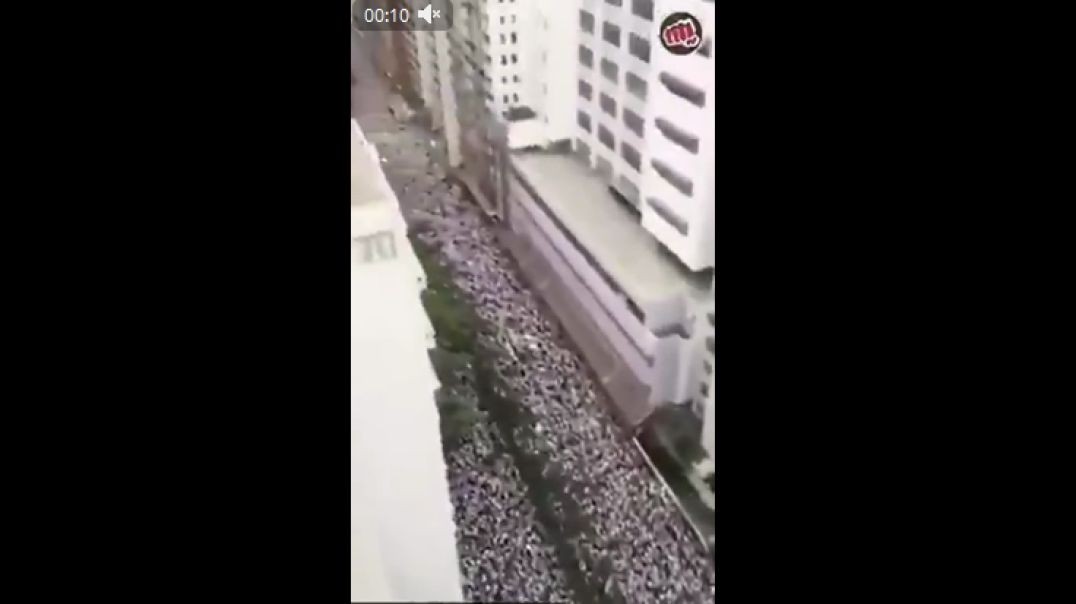 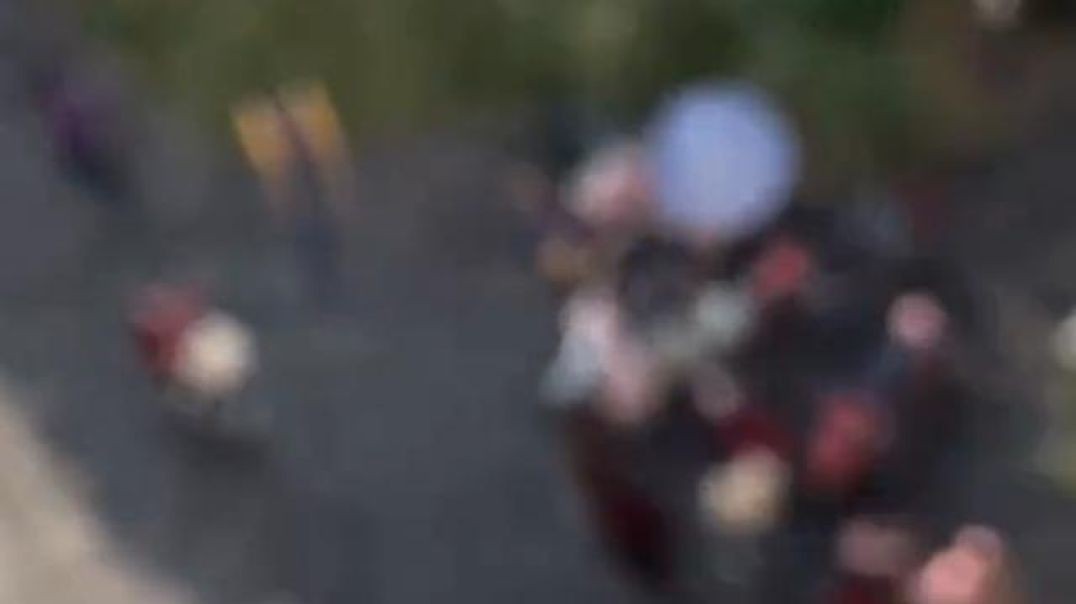 0:56
The Chinese people have had enough of being welded in to their homes by the CCP
AMERICANTRUTH
89 Views 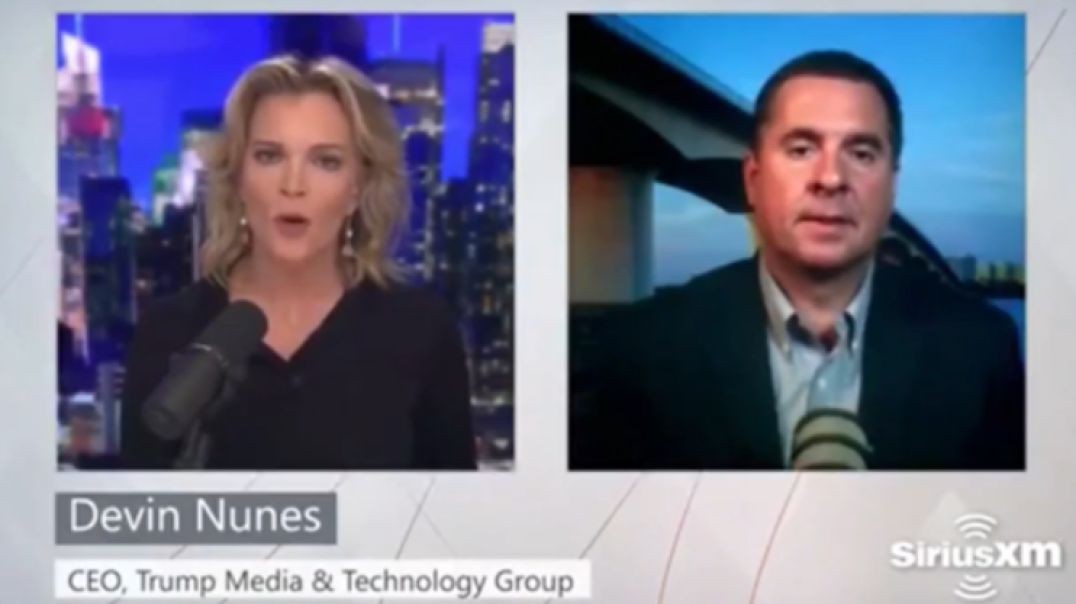 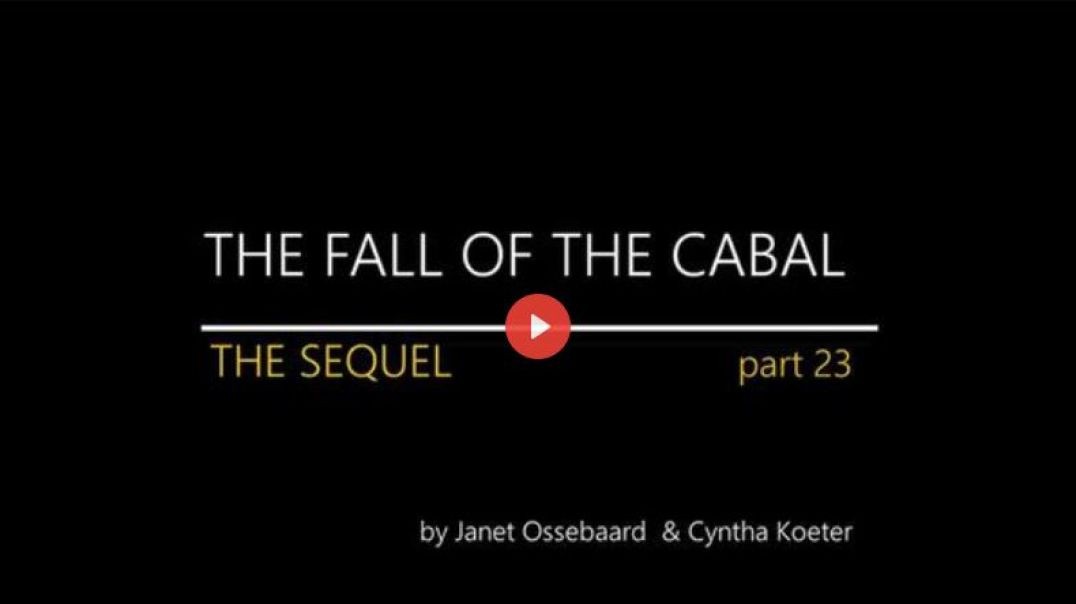 25:43
THE SEQUEL TO THE FALL OF THE CABAL - PART 23 Whitstleblowers Money Murder
chris brandt
128 Views 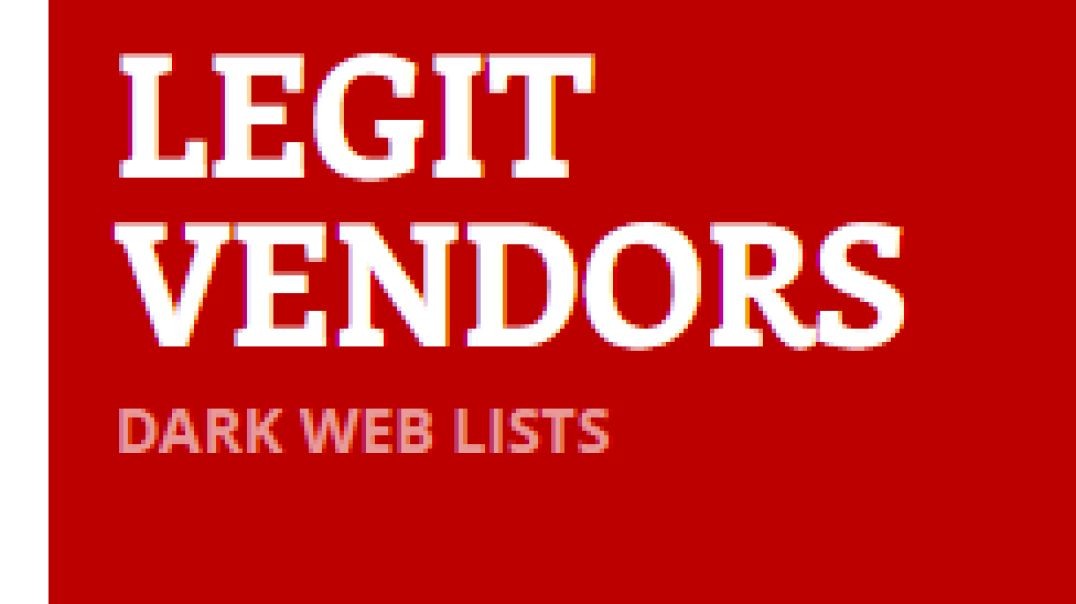