"Who’s in charge on the Republican side? Why haven’t impeachment proceedings started?! Where’s the Republican version of Schiff, or Nadler, or anyone who sees this atrocity happening right before our eyes! How about all those Republican Governors too (don’t you feel a sense of responsibility for our country—you do a good job of pretending you do). The DEMs seemed to get the ball rolling very fast against when it came to Trump! If you’re in Congress or a Governor, do something instead of lining your pockets and stuffing more taxes down our throats and jabbing us with dangerous remedies. Americans will not surrender to tyranny and an oligarchy that wants to control every second of our lives. God bless the men and women of our military who have paid the ultimate sacrifice and may God protect those remaining in harm’s way as well as all the American citizens who remain behind enemy lines. Pray for them each and every day!" ~ General Flynn https://t.me/RealGenFlynn/605
Michael Flynn: This is the consequence of the 2020 election https://youtu.be/9r-FzPW0xXw
HELL NO! House Democrats pass legislation that would federalize America’s electoral system, giving President Joe Biden’s Department of Justice (DOJ) significant control over election law https://www.breitbart.com/poli....tics/2021/08/24/hous If citizens need to organize to remove this coup from power, so be it, this is beyond unconstitutional! Enough is enough!
AZ AG: Maricopa County Must Comply with Senate’s Legislative Subpoena or Forfeit State Funds https://www.azag.gov/press-rel....ease/ag-brnovich-mar
Arizona: AG Brnovich Tightens The Vice Grip On Maricopa County Supervisors https://uncoverdc.com/2021/08/....26/brnovich-tightens
How Pro-CCP Communists Are Working to Flip North Carolina https://m.theepochtimes.com/ho....w-pro-ccp-communists
Georgia: GA Voting Laws Succeed in Court https://rumble.com/vlq3n6-ga.-....voting-laws-succeed-
New Hampshire: Former staff member Karoline Leavitt under President Trump has now just launched her official bid for Congress in NH https://rumble.com/vlq73c-fmr.....-trump-staff-member-
Pennsylvania Senator Doug Mastriano Update August 26, 2021 https://www.bitchute.com/video/qjJHp0iaTsYg/
NASS Conference Shows Scant Support For Forensic Audits https://uncoverdc.com/2021/08/....25/nass-conference-s
Arizona's Wendy Rogers Brings Election Integrity Tour to Ohio https://nationalfile.com/arizo....nas-wendy-rogers-bri
Seth Keshel Reports on ALL 50 States https://electionfraud20.org/seth-keshel-reports
The RNC, Weak and Lost Without President Trump, Put Out Hopes and Prayers But Forget None of this Would Have Occurred Without Biden https://www.thegatewaypundit.c....om/2021/08/rnc-weak-
Ashli Babbitt’s Husband Appears on Tucker Carlson to Respond to MSNBC Interview With Her Killer VIDEO https://www.thegatewaypundit.c....om/2021/08/watch-ash Babbitt family lawyer identifies #AshliBabbitt's killer as USCP Lieutenant Michael Leroy Byrd
Capitol Hill Officer Who Murdered Ashli Babbitt Tells Lester Holt: “I Was Just Doing My Job,” Ridiculously Claims He “Saved Countless Lives” From his UNARMED Victim VIDEO https://www.thegatewaypundit.c....om/2021/08/capitol-h
It's not like the FBI to come out & admit that January 6 was not an insurrection: "FBI has found 'scant' evidence that such a scheme occurred in the months leading up to Trump’s rally in Washington D.C." https://www.reuters.com/world/....us/exclusive-fbi-fin Dinesh D'Souza reveals the ulterior motive for doing just that VIDEO https://rumble.com/vln84a-this....-is-why-the-fbi-is-r Protecting assets & FBI's role in an 'insurrection' so the FBI is shutting down all investigations of coordinations! "It is a tacit admission, they are the one's who coordinated it!"
FBI Finds Scant Evidence US Capitol Attack Was Coordinated https://archive.is/DwAAB
Nancy Pelosi, Bennie Thompson and J6 Committee Start Fishing Expedition – Seeking All Communication From Political Opposition in Preparation For 2022 Mid-Term Opposition Research https://theconservativetreehou....se.com/blog/2021/08/
Political Prisoner's Light https://t.me/ThePrisonersRecord/289


Arizona State Representative Mark Finchem give updates on the Arizona forensic audit, which he has taken beyond Maricopa County.


Part of the preliminary draft report was delivered to the Arizona Senate on Monday. The Arizona Senate team will meet on Wednesday to analyze the report for accuracy, clarity, and proof of documentation.


The full final report will not be ready until the Maricopa County Board of Supervisors complies with legal and enforceable Senate subpoenas for the remaining election equipment.


FakeLameStreamMedia, along with progressive radical Secretary of State Katie Hobbs, and RINO Maricopa County Recorder Stephen Richer have released their “prebuttals” which attempt to discredit the audit and everybody involved. The radical left and the uniparty RINOS are already concocting their defense before any real accusations have been made.


AZ State Representative Mark Finchem: "Now it’s in the hands of the Attorney General. AG Brnovich will work to compel the delivery of the things that have not been delivered yet. Could there be a follow on report? Probably. There’s also, we’ve been conducting an investigation down in Pima County. We’re trying to get that wrapped up so hopefully, within the next week or so, the narrative is going to be strong for votes that are fictitious votes that we believe we found. I mean you can’t have 114% of mail-in ballots."


Bannon: "Hang on, whoa, whoa, whoa, whoa, hang on. Are you saying this report is going to say we got to, we got to go beyond Maricopa to Pima County and Pinal County which will get you about 80% of the state?"


Finchem: "But we have to remember. There’s a separation between what the Senate is doing. The Senate is engaged in Maricopa County. I’ve been working on Pima County. I’m the only elected Republican in Pima County, in the legislature. Nobody else has lifted a finger to take a look at this. So, that is the other major voting bloc in this, in the state of Arizona. Essentially you have Maricopa County and Pima County carry well in excess of 80% - 85% of the vote in the entire state."


Bannon: "They’re going to try to do more prebuttals. Do you have any earthly idea? Now I understand it’s being handed to the Senate of when this thing will be publicly released. I’m sure some of that’s going to be leaked, but what do you think will be publicly released? Because this is gonna be a feeding frenzy, by the left to tear this apart and tear everybody that’s associated apart."


Finchem: "Yeah, I think the key to this Steve is today the report gets delivered to Senate leadership, they want a few days to fully understand what it is that they have received, the information that it contains, and then at some point, I expect to have a hearing that’s pretty much the way President Fann has conducted this business so far. I wouldn’t be surprised if that comes out either late this week or early next week to have a public hearing to reveal everything that’s in the report and to ask questions of the people who created the report."


Finchem has taken the lead in investigating Pima County, which borders Mexico and is home to nearly 4,000 potentially illegal “federal only” voters. Mark Finchem is running for Arizona Secretary of State to restore election integrity in Arizona.


The report will be released as soon as possible. Now it’s in the hands of Attorney General Brnovich.


Arizona Voters please contact Mark Brnovich and tell him what you as his constituent, want: (602) 542-5025 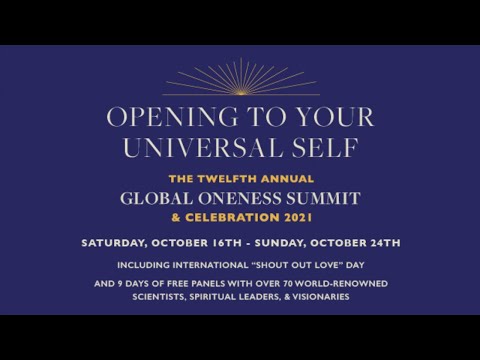 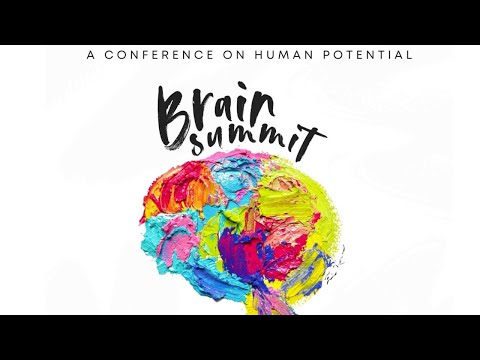