20 Things The SCAMDEMIC Taught me about Humanity


1/ Most people would rather be in the majority, than be right.


2/ At least 20% of the population has strong authoritarian tendencies, which will emerge under the right conditions.


3/ Fear of death is only rivalled by the fear of social disapproval. The latter could be stronger.


4/ Propaganda is just as effective in the modern day as it was 100 years ago. Access to limitless information has not made the average person any wiser.


5/ Anything and everything can and will be politicised by the media, government, and those who trust them.


6/ Many politicians and large corporations will gladly sacrifice human lives if it is conducive to their political and financial aspirations.


7/ Most people believe the government acts in the best interests of the people. Even many who are vocal critics of the government.


8/ Once they have made up their mind, most people would rather to commit to being wrong, than admit they were wrong.


9/ Humans can be trained and conditioned quickly and relatively easily to significantly alter their behaviours - for better or worse.


10/ When sufficiently frightened, most people will not only accept authoritarianism, but demand it.


11/ People who are dismissed as 'conspiracy theorists' are often well researched and simply ahead of the mainstream narrative.


12/ Most people value safety and security more than freedom and liberty, even if said 'safety' is merely an illusion.


13/ Hedonic adaptation occurs in both directions, and once inertia sets in, it is difficult to get people back to 'normal'.


14/ A significant % of people thoroughly enjoy being subjugated.


15/ 'The Science' has evolved into a secular pseudo-religion for millions of people in the West. This religion has little to do with science itself.


17/ Politics, the media, science, and the healthcare industries are all corrupt, to varying degrees. Scientists and doctors can be bought as easily as politicians.


18/ If you make people comfortable enough, they will not revolt. You can keep millions docile as you strip their rights, by giving them money, food, and entertainment.


19/ Modern people are overly complacent and lack vigilance when it comes to defending their own freedoms from government overreach.


20/ It's easier to fool a person than to convince them that they have been fooled.


As a result, most people deeply struggle to understand that some people, including our 'leaders', CAN have malicious or perverse intentions (this is bad).

0:07
What do you think of the Scamdemic?
Shane St Pierre
26 Views

6:49
A GLIMPSE OF THE WORLD THEY HAVE IN STORE FOR US! SOME THINGS ARE WORSE THAN DEATH
Adam
112 Views

20:20
EVIL IN PLAIN SIGHT! REMEMBER THERE ARE WORSE THINGS IN LIFE THAN DEATH PEOPLE
Adam
239 Views

15:00
What The Vaxx Is Doing To Humanity Christiane Northrup
Adam
379 Views

1:57
SHERIFF CONFIRMS THE UNITED STATES IS AT WAR WITH EVIL - BE READY PATRIOTS THINGS ARE GETTING REAL
Smoke & Mirrors
137 Views

5:39
The Big Banks Are Guilty Of Crimes Against Humanity
Smoke & Mirrors
125 Views

2:19
Rockefeller and modern medicine and the loss of humanity
AndrzejM
60 Views 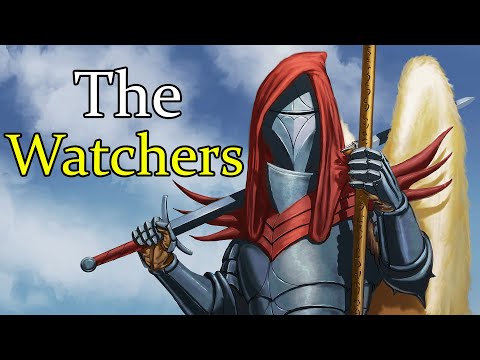 00:12:48
The Book of Enoch: (Exploring The Watchers) The Fallen Angels Who Almost Destroyed Humanity
TruthSeeker2836
61 Views